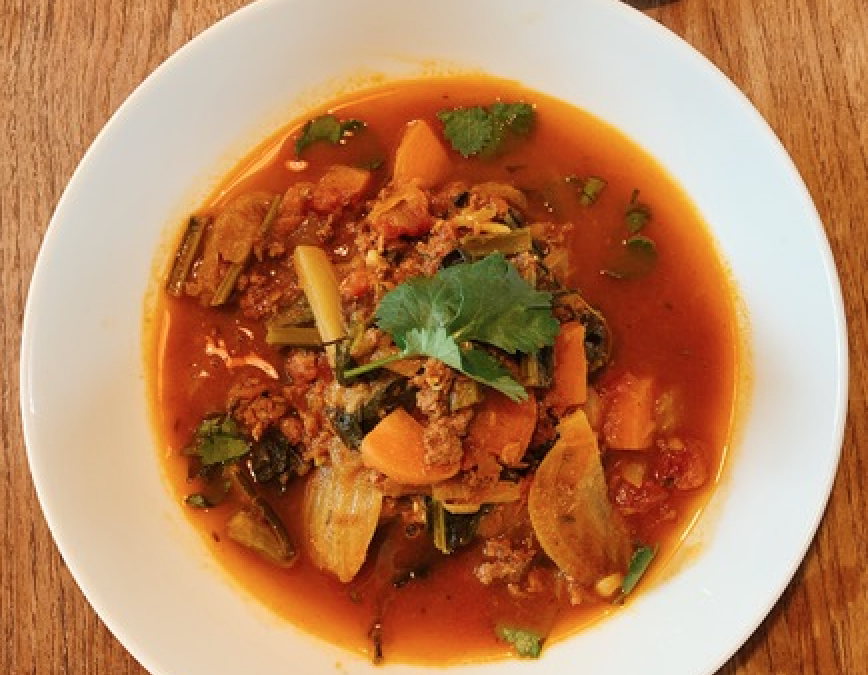 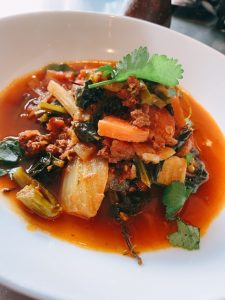 Andy of Holly Farm butchers makes the most amazing sausages. His Merguez lamb sausages were the starting point for this recipe, coupled with the recent freezing weather; making this hearty richly spiced Moroccan staple soup a tempting option.

As some of you might know I am on a ketogenic eating plan, THANKS KAREN JONES!, so this recipe omits the chickpeas, which would be  traditionally used in it. However, please feel free to add some yourself, or some green lentils, which would also go well.

In a large heavy bottomed pot, sauté the onions, garlic and fennel in the olive oil on a low heat until the onion and fennel are translucent, and, as always, be careful not to burn the garlic

Add the carrots and stir them in, followed by the turmeric, paprika, fresh ginger, cinnamon stick, clove, cardamom, ground coriander and cumin.

Cook these for 1 minute, stirring them all together and then add the merguez, continuing to stir, for another 3 minutes until the merguez are browned.

Now add the the cherry tomatoes, the tinned tomatoes and the stock, with a twist of salt and pepper to taste.

Bring this mixture up to the boil, then turn down immediately to a gentle simmer and cook for 30 minutes.

Now add the sliced kale and continue to cook on a low heat for a further 15 minutes.

Serve piping hot in bowls and garnish with the fresh coriander.