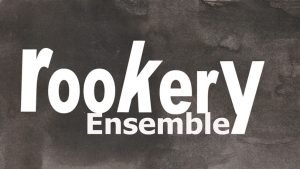 Rookery Ensemble are a collective of musicians, artists and people of words. Its basis is around improvisation and experimental sounds with spoken word and song.  The Ensemble was founded by George E Harris and Alison O’Melia (pictured below) in 2011 under another name or two alongside running a market stall on Haynes Lane.

Alison sadly passed away in 2020, but after a period of mourning and thought process George E Harris decided to carry on with the project alongside Erik Moore, Mark Hill and new member Karlis Andzs who will all be playing at the market on Saturday. This will also be the ensembles first gig out in front of people since the pandemic as they as forms of duos have performed online via Crystal Palace Lockdown Live through out that time. 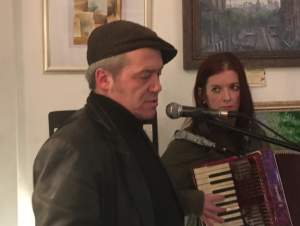 George E Harris with Erik Moore have also managed to complete an album of material that was started with Alison O’Melia as well as Mark Hill with a loose collective of collaborators that live in and outside of Crystal Palace. This album is currently being pressed up onto vinyl with the intention of release at end of year.

Keep your eye out on social media for the news on this release and intended Kickstarter Campaign closer to its release time around about November.

Rookery Ensemble is a constant formulation of different combinations of people so each gig as always could be very different from the next.